If you attempt to play  Apex Legends Mobile on your tablet or phone, but the game doesn’t recognize a controller for some reason, the solution to this issue is really rather straightforward.

The developers have stated that controller support for Apex Legends Mobile will not be available when the game first launches.

Those individuals who had intended to play the game with a controller may find this to be a source of frustration.

On the other hand, there is a silver lining to this story. Additionally, developers have validated that they are currently engaged in the process of developing controller support.

The developers have said that controller support would be added in the “very near future,” although this is not yet available.

This indicates that we should definitely prepare ourselves for the official controller support to arrive within the next several weeks.

However, in spite of the fact that there is no official support, a number of gamers have reported that certain controllers are operating properly.

The Xbox One and the DualSense controllers seem to be operating without any issues, according to the reports.

It would seem that the controllers for Xbox and PlayStation do not have any compatibility difficulties with the majority of devices.

However, according to the reports of other users on Reddit, a large number of third-party controllers, including the Razer Kishi, Trust GTX, and MOGA XP5X+, are not functioning properly.

Therefore, for the time being, you will be able to utilize a PlayStation or an Xbox controller with Apex Legends Mobile if you already possess one of these controllers.

On the other side, Apex Mobile is not yet compatible with the vast majority of controllers available on the market.

However, the developers have pledged to provide additional compatibility in a timely manner after the launch, so that should change very soon.

How to use a controller on Apex Legends Mobile

You can find the ‘Controller v.1.0’ option in the settings menu of the mobile version of Apex Legends.

In this section, a chart will be shown to you so that you may map out what actions you want each button to do.

Even the “dead zone” and “sensitivity” of the joystick may be adjusted to the player’s desire, however, this is another aspect of the game that requires some adjustment on the player’s part in order to achieve parity with the console version of the game.

The game should be able to handle any Bluetooth controller that can connect at this point, including the official controllers from Microsoft and Sony, as well as the Razer Kishi.

The functionality of third-party versions shouldn’t be an issue, but you can’t be sure of that unless you give them a try.

You are free to use the controller while playing the game, however, it cannot be used to access the menus.

It is likely that at some time in the future, Respawn would start patching the game in order to support the controller more and more.

It is also for this reason why Respawn strongly advises players not to emulate the game on PC at the moment since their anti-cheat system has the potential to ban your account from being a bot.

There have been reports of players attempting to play Apex Legends Mobile utilizing an Xbox controller.

Despite the fact that you may connect your gamepad to your smartphone, the controls will not function when you are actually playing the game. 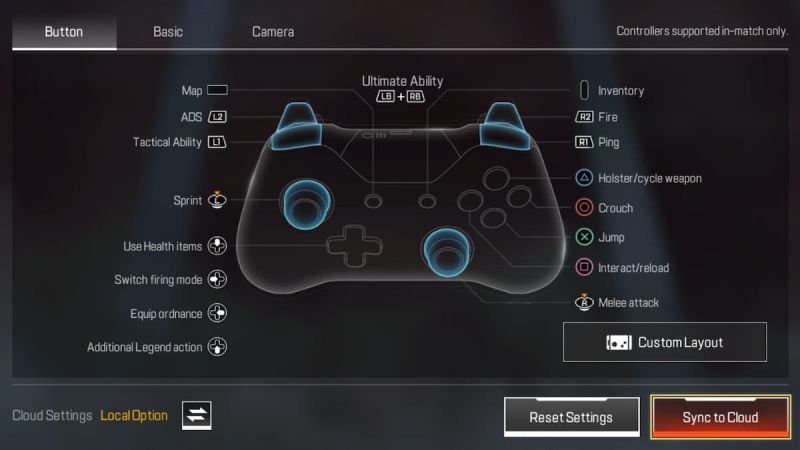 However, this is not a mistake since Respawn Entertainment has said unequivocally that the game would not initially enable gaming with a controller when it is released.

There is, however, no cause for disappointment since the team that is producing the game is now working on the introduction of controller support.

Within the next few months, we will be able to play Apex Legends Mobile with the controller for the Xbox console or any other controller of your choosing.

Some gamers who use iOS devices have played the game by connecting their Xbox One or DualSense wire-free gaming controllers to their iOS smartphones in order to play.

The game may be played on either an iPhone or an iPad with these controllers without any compatibility problems occurring.

However, there are issues when kids play the game with a controller, such as the ineffective aim help that occurs when they are shooting.

We may keep our fingers crossed that during the next several weeks, the game will be playable on iOS and Android devices with almost any controller.

How to use controller in Apex Legends Mobile on Android:

When pulling down the notification shade, long-press the Bluetooth icon.

Push both the PS and Share button till the gamepad starts to flutter OR push the connect button on the Xbox One controller until the controller starts to blink.

The game should begin instantly recognizing the controller you are using.

How to use controller in Apex Legends Mobile on iOS

To configure your Bluetooth settings, go to the Settings menu and choose Bluetooth Settings.

Keep the connection button on the Xbox One controller or hold both the PS and Share buttons until the controller starts to flicker.

In order for the controllers to connect, you must make sure that your iPhone or iPad is running iOS 14 or a later version. This is a mandatory requirement for linking the controllers.

To find Bluetooth on an iOS device, open the Settings app and search for it. The ‘Other Devices’ list is where you will see your controller displayed.

On an Android device, follow the same steps: go to the settings menu, then look for your Bluetooth settings.

It should be there where you can find the controller. After you’ve paired them up, start a new game.

You won’t be competing against players that rely only on controllers in this game since Respawn has still not formally provided support for them.

Only the steps necessary to connect your controller to your device have been described in the techniques that have been stated above.

This is due to the fact that controllers are not officially supported in Apex Legends Mobile at this moment.

In the settings of your device, you need to ensure that the Bluetooth option is on.

While holding down the PlayStation button, simultaneously press and release the Share / Create button. If everything was done successfully, the light sensor ought to begin blinking.

Navigate to the settings of your device and look for the Bluetooth options.

In the settings of your device, locate the Bluetooth option, and ensure that it is turned on.

Hold down the Pair button on the controller (that’s the little circular button at the very top of the controller) for three seconds before releasing it.

Navigate to the settings menu on your device, and then choose the Bluetooth option. When the opportunity to choose an Xbox Wireless Controller appears, make your selection.

Abhigyan identifies himself as a tech geek, gaming cognoscenti, and also a connoisseur of music. Unidentified and mysterious phenomena never fail to gather his undivided attention. When not reading about bizarre and perplexing entities across the Universe, he can often be found cheering for his favorite teams in Football.